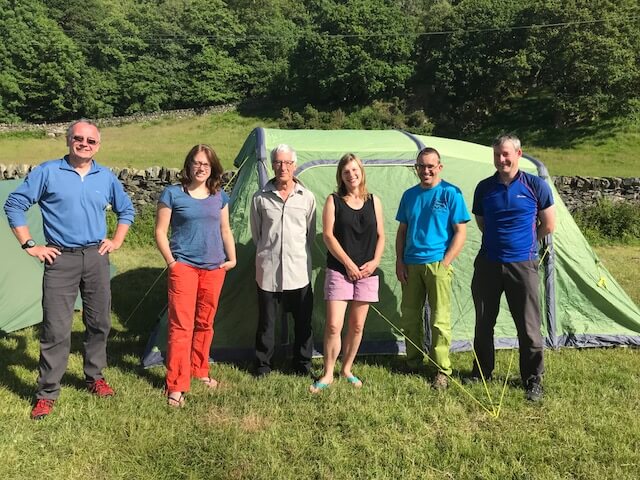 The absolutely fabulous forecast for Wales saw seven members (Pete, Clare, Donna, Mark, Richard, Ian, Mike) head to the Dolgam campsite, Capel Curig, The weekend kicked off with something of a Glamping competition as Pete, Clare and Donna have new tents, both of which have footprints the size of a small country estate. If you plan on entering this competition make sure to buy a tent that has at least a portcullis and a moat! 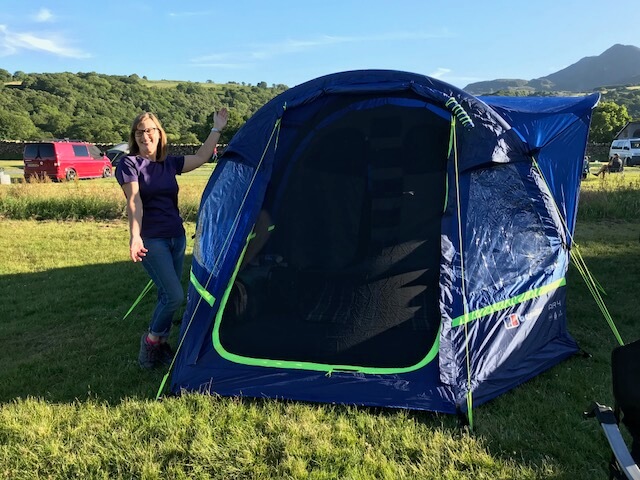 Imagine for a moment the bright blue sky and intense heat of Greece in midsummer, got it? Right, well that was North Wales for this meet. On Saturday, Ian, Pete and Clare went for a big mountain day; the Snowdon horseshoe via all the ridges of Crib Goch, Crib y Ddysgl and Lliwedd. We soon left the great throng of people in Pen y Pass heading up the Pig Track when we turned off to head up Crib Goch. There was a steady flow of folk along the ridges but not enough to spoil the fantastic grandeur of this majestic setting.

Unfortunately, shortly after rejoining the masses, whilst avoiding the queue at Snowdon’s trig’ point, Pete hurt his leg. After our descent to the col between Snowdon and Lliwedd we decided a change of plan was in order and head down the Watkin Path towards Nant Gwnant. Although this meant ending up in the ‘wrong’ valley we had the bonus of coming down the most beautiful side of the Snowdon range. In fact, Ian’s first time on this side and it was gorgeous. As we followed the river down we passed small groups of people sunning themselves and swimming in the river. 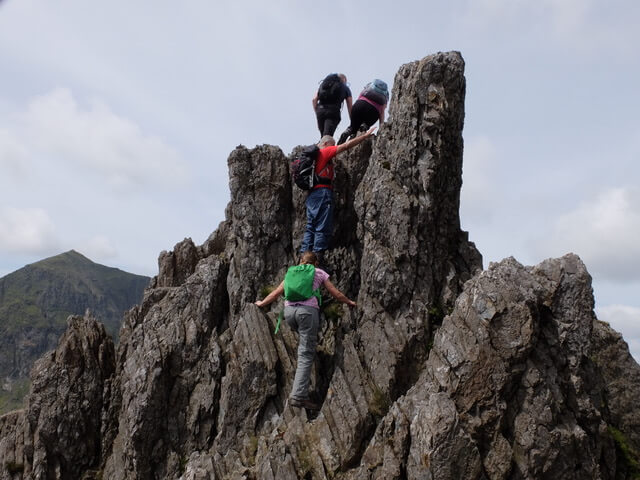 Meanwhile, Richard, Mike, Mark and Donna had gone up to Craig yr Ysfa for a mass SMC ascent of Mur y  Niwl/Pinnacle Wall. A perfect day for a high mountain route of such quality and length.

Sunday was another scorcher. Mike, Richard and Donna headed to the Pass, Pete and Clare had a rest day as they were staying until Monday evening. Mark and Ian fried on the slate, in the Serengeti area. Eventually the heat became too much and Ian and Mark then bailed to the RAC boulders for an hour or so.

All in all, a fantastic weekend of unbelievably brilliant weather. 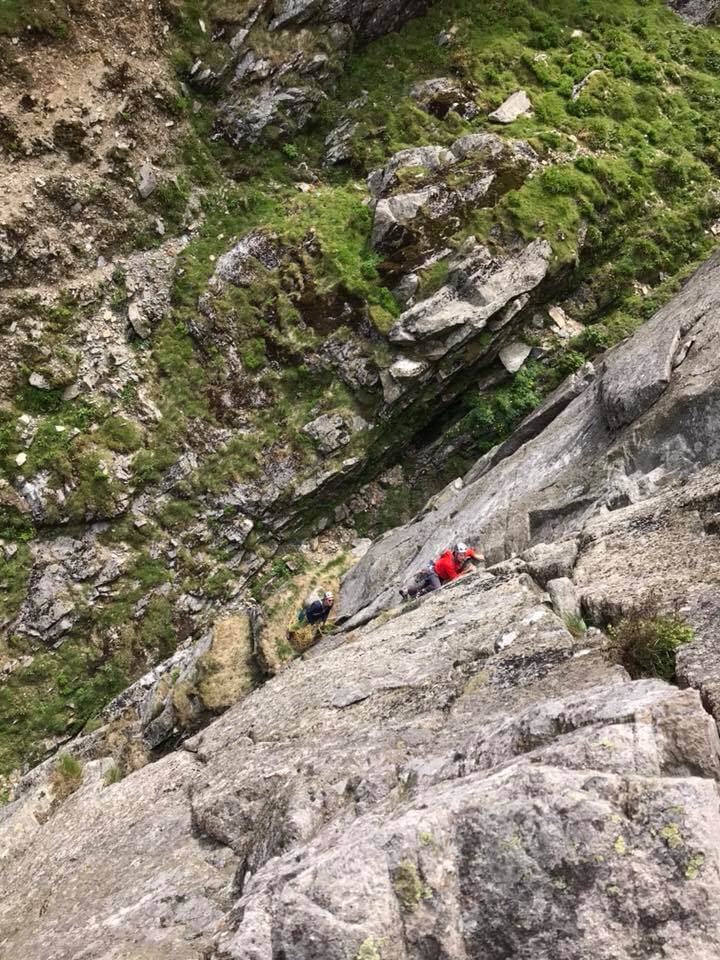 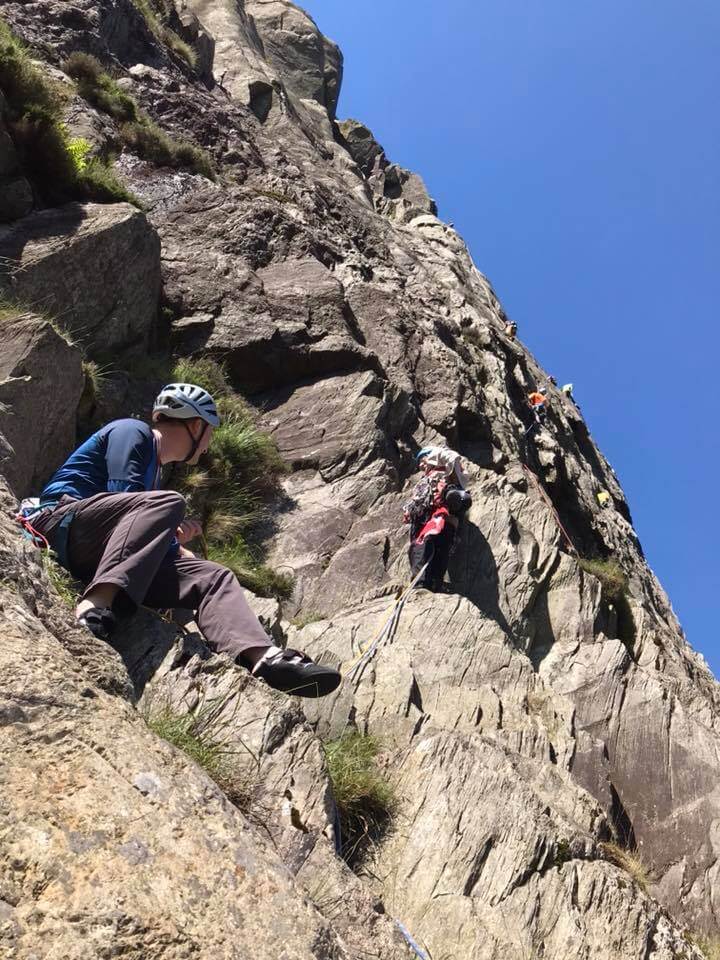