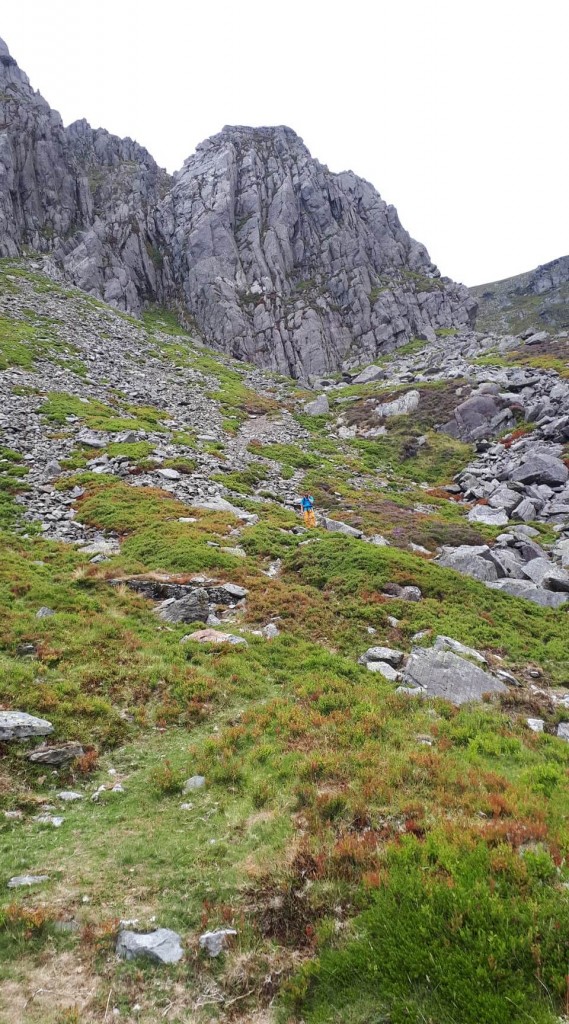 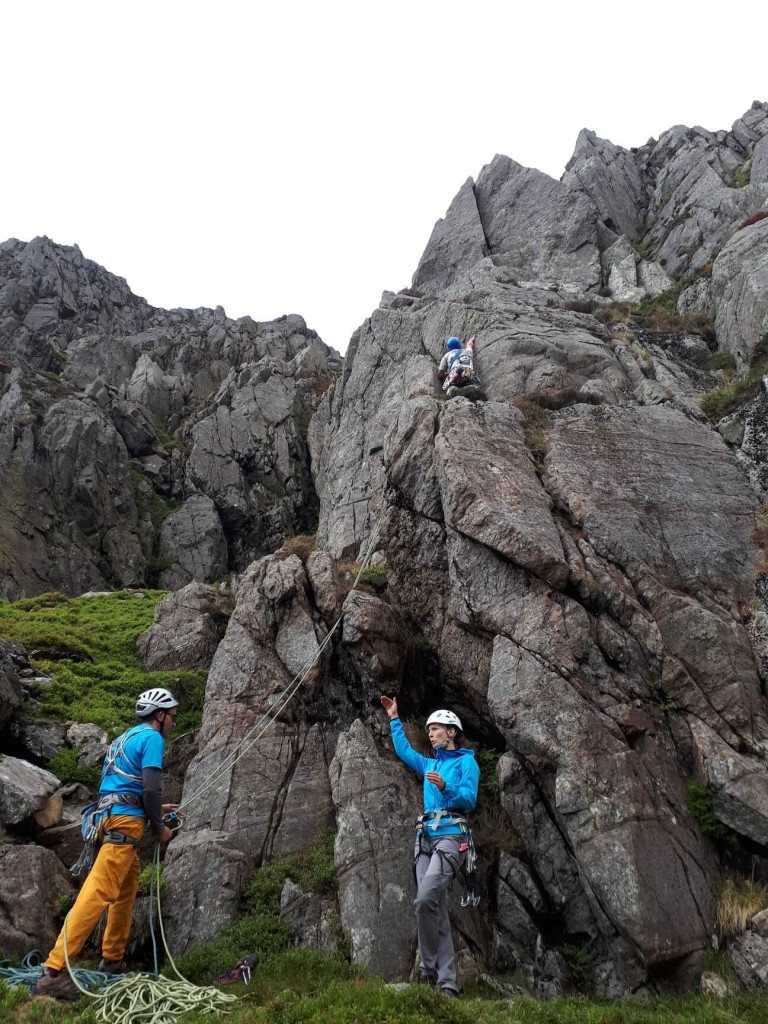 The UK heat wave was still in place for the last SMC weekend trip to Wales before the group trip to the Ecrins.

Holly J drove to Snowdonia Friday afternoon with enough time for a route on Milestone Buttress after setting up at the campsite. The Wall Climb – Soapgut route is closest to the path. However the start is unprotected for 6 metres and extremely highly polished. It is also menaced by a sharp fin of rock in the landing place.  Deciding the risk was unjustifiable (except for boulderers) Holly led Rowan Tree route instead.

Meanwhile the campsite was rapidly crowding up for the Snowman triathlon event.  Yes, people actually pay to swim, run and cycle a grueling endurance test in the heat wave of the century!  To help the SMC group in the centre of the campsite Paul sent a text to the group: “when entering the camp site turn right at the pergola. We are in the middle but not as far as the RV”. Ed queried the word pergola when he failed to see any trellis on the white frame.  This was unfair: the only climbers who actually know the difference between a gazebo and a pergola are clematis.

Saturday saw a massed ascent of the classic 4 pitch Kirkus Route on Craig Lloer far away from the madding crowd’s ignoble strife. Mark cracked the crux of the infamous off width crack in great style – though was heard to be calling for ‘luck’ in one tricky sequence. Hard to imagine it was soloed (by Kirkus) in the early 1930s! There are other starred routes up to VS in this area that would be well worth doing on another club trip.

A large group gathered in the Tyn-Y-Coed pub on Saturday night for dinner and beer. The name means ‘house in the woods’ although (I am told) the direct translation is “Tight Timber”. Maybe a Welsh speaker like Rob T can provide the answer…

Sunday was another sunny day. Mike D led Paul and Holly up Western Slabs on Dinas Mot. This is a classic multi pitch VS first climbed in the 1930s by Colin Kirkus. It has some intricate moves past overlaps but good ledges for the stances. Mike led the third pitch that is described “Climb the groove on the right-hand side of the tombstone to a block then make hard moves to the top”.

There are many classic climbs on Dinas Mot (the Cracks at Hard Severe is a must-do). Ed and Mark climbed the classic Lorraine and then came over for Western Slabs. While they were engaged on this Mike and Paul retired to the Climbers Club hut for tea and Paul’s special mountain food – a large Genoa fruitcake. While enjoying tea and cake they were asked directions by several parties looking for the infinity pool – Snowdonia’s latest tourist attraction. To save a long explanation, here is a link to a short (2m) video on the Infinity pool. [https://www.youtube.com/watch?v=WK8GrJWdTUg]